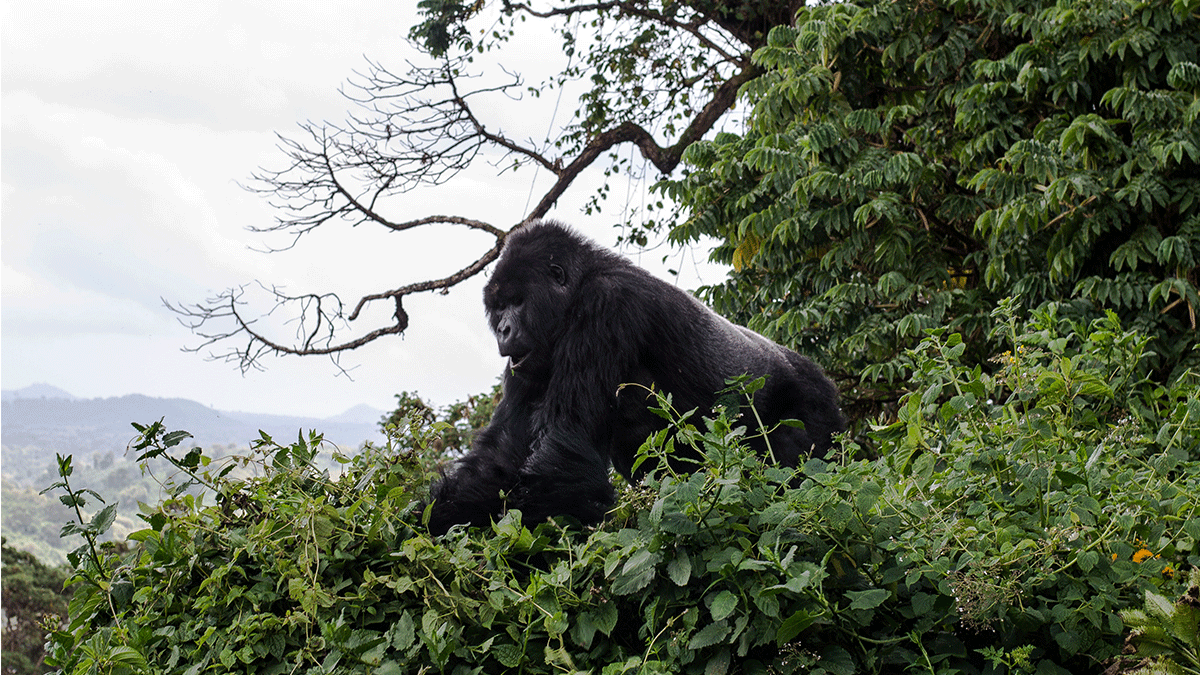 Gorilla tracking safety in national parks! Rwanda is one of the East African countries which in May 2017 through its tourism regulatory arm of government increased the cost of the gorilla trekking permit from $US750 to $US1500. The justification was that the extra money is needed to expand the park. It’s a controversial move that has priced the experience out of many people’s reach (particularly as only 10 per cent of the fee goes back to the local community). But as local tourism the country has luxury lodges here that charge $2000 a night this there makes it even a luxury gorilla trekking destination and as well this pushes them for more gorilla tracking safety precautions in the region.

The gorilla families that are opened to tourists are specifically those that have been habituated and this process entirely takes two-three years making sure that the primates are less hostile to human presence and pose no danger for safe gorilla trekking.

As long as you follow the park ranger guidelines specifically with regards to the critical distance of 7 meters which is the closest distance that trekkers are allowed to observe from the gorillas, if the gorilla comes close up to someone the person should not run but sit until the gorilla has moved away, speaking quietly, not making sudden movements, not using flash cameras while taking pictures since this will scare away the gorillas or charge, no food or drinks are permitted to be eaten in presence of the families. These are some of the set rules followed while tracking and once followed you can have a wonderful experience in the jungle with the gorilla families being tracked as a gorilla trekking safety measure.

Observing these animals in a close proximity is mesmerizing. Their facial expressions and gestures are eerily familiar, which isn’t surprising given gorillas and humans share 97.5 per cent of their genetic make-up thus these gentle Apes. From inception they were habituated by Dian Fossey in the country who is the back bone for gorilla tracking safety measures on any given exploration to these gentle Apes in the wilderness.

With the conservation efforts of Dian Fossey, gorilla tourism became the only feasible way to protect and save mountain gorillas from extinction as income from gorilla permits sales finance conservation project including supporting research, paying gorilla doctors, medicines, park staff as well as benefiting the governments where gorillas are located.

Considering safety and security in the destinations adventures are usually accompanied by one well trained and experienced park ranger with AK 47 gun to ensure visitor safety while in the thick forest tracking the mountain gorillas, Uganda and Rwanda are safe for this lifetime experience, given the prevailing peace and stability that they have enjoyed compared to Democratic Republic of Congo (DRC) which is still recovering from political instabilities.

The park guides and tour operators are always informed about insecurities and in case of any security concern, visitors will be updated about it including all the wildlife authorities in the Rwandan Office for Tourism and National Park thus paving way for safe gorilla trekking in the country for visitors.

According to the World Economic Forum, Rwanda is now Africa’s safest nation. It’s also one of the continents cleanest and least corrupt and is one of only two countries in the world with a female majority parliament. Compared to the rest of wildlife safaris in Africa, gorilla trekking is undoubtedly one of a few adventures in the world that allow tourists to have a close encounter with the Apes while in their natural environment and  thus you can make booking with us for this memorable exploration in the land of a thousand hills.

Accommodation centers (Lodges, Camps and Hotels) are armed guards at all lodges day and night to protect the lodge and ensure travelers safety. These guards are mostly ex-military men and others trained with various security companies to provide security services.

Given the memorable experience you will have encountered, you will go back home with a tone of fanatic experiences and stories to share with your loved ones, friends and family as well as sharing stunning pictures of your entire safari and more so fill like coming back for another extensive holiday.