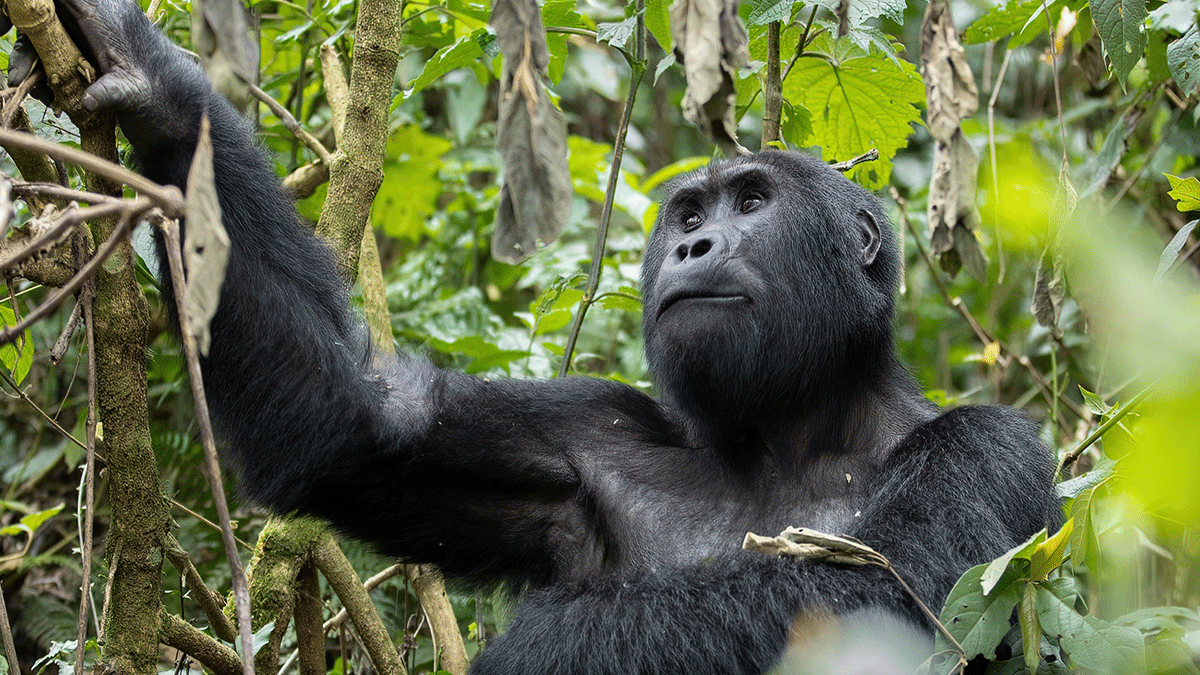 Tracking Nyakagezi family – Mgahinga National Park is located in south western Uganda in Kisoro district covering 33.7 square kilometers, it is a home for mountain gorillas with a population of 80 mountain gorillas however hosts one gorilla family known as Nyakagezi with a family size of 12 members comprising of 4 silverbacks but led by the dominant siverback known as Mark who succeeded Bugingo the old silverback in the family which makes this gorilla group special for those who want get the best gorilla photos while tracking nyakagezi family in mgahinga.

Tracking Nyakagezi family in Mgahinga can be accessed by road and air transport. It is approximately 540 km’s from Kampala 9-10 hour’s drive from Kampala and about 3 hour’s drive from Kigali city in Rwanda. For those interested in flying to the Park, the nearest and only airstrip is Kisoro airstrip where both charter and scheduled flights can be booked

Nyakagezi gorilla family used to spend most of its time moving from one country to another until 2013 when it settled down in Mgahinga National Park. The Park is now getting quite a reasonable number of tourists who visit Mgahinga not only for gorillas but other activities such as golden monkey experience and tracking, hiking of Mgahinga Volcanoes among other volcanoes that include Sabinyo, and Muhavura. There is also Batwa trail which exposes tourists to the life and culture of the once forest population  who were hunter-gatherers, , Birding (because the park is a home of over 79 species of birds), , tourists can as well engage in Golden Monkey tracking because this is the only Park in Uganda where Silver meet Gold

The park as well has several accommodation centers such as Gahinga Volcanoes Lodge Blue Sky Hotel, Kisoro Travelers Rest Inn, Red Chilli Hideaway Gorilla Camp among others, all which will serve you the best services along your trip.

Conclusively though the group at times is mobile and can cross over to DRC and Rwanda , tracking nyakagezi family in mgahinga is the easiest track in Uganda because it is found in lower altitudes where they prefer to relax and get access to plenty of food for feeding. Also an excitement that Mgahinga National Park is built around the most incredible three Virunga volcano summits, the gorge and then the magnificent flora. Indeed you will appreciate taking gorilla safari to Uganda’s most gifted remote national park