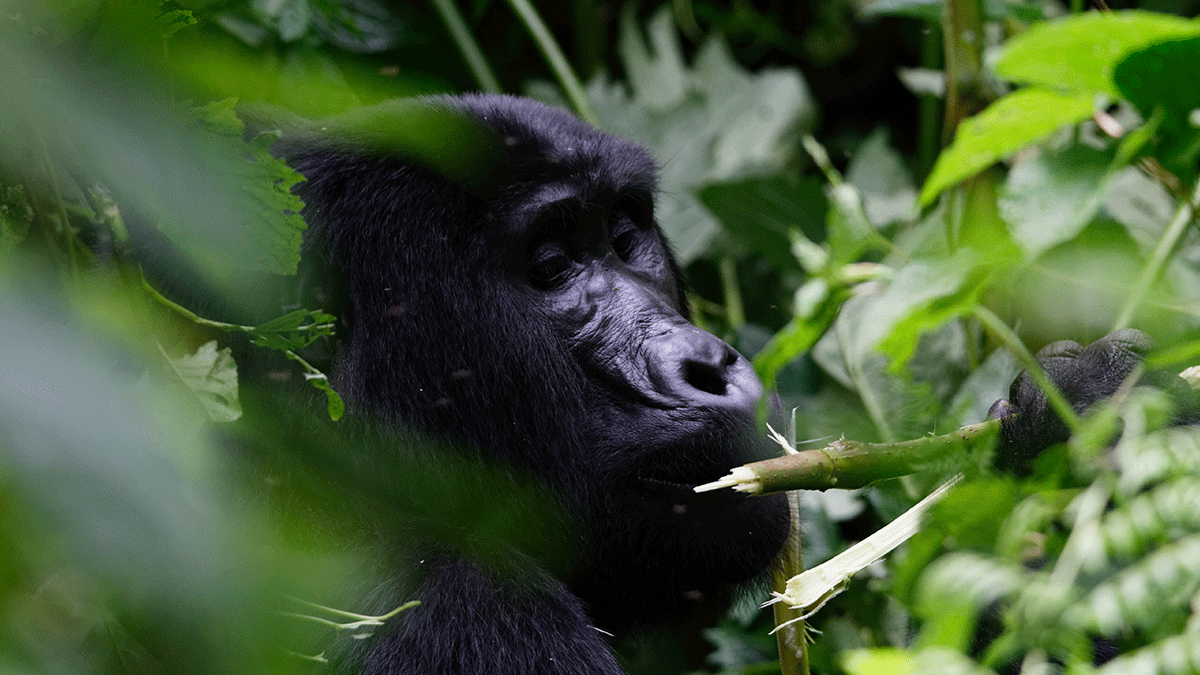 Volcanoes national park is situated northwest of the main capital Kigali which is easily accessed via the tarmacked roads.

The park is 160 sq km that sits below the five Virunga massif volcanoes of Gahinga, Sabyinyo, Muhavwra, Bisoke, and Karisimbi, and the park is a home to roughly 11 habituated mountain gorilla families which are available for filming throughout the year.

The number of individuals living in the rainforest of volcanoes national park is thought to be over 300 mountain gorillas.

The general view about filming in Rwanda

Clients intending to travel to Rwanda for filming are expected to acquire filming permits which are got via the Rwandan government through the ministry of tourism for more inquiries about what to do and to know do not hesitate to contact safari vacations and travel services.

Tourists who intend to travel into Rwanda for filming must write to Safari vacations and travel services declaring all the equipment they intend to come with for the filming activity like;

In most of the African countries, Rwanda inclusive consider drones as military spying equipment and so tourists traveling to Rwanda must write to Safari vacations and travel services in a declaration of all the details of the drones and the purpose of bringing them into Rwanda.

It’s key to know that logistics is required during filming in Rwanda’s volcanoes as many gorilla families will require you to drive to the starting point of tracking which is the headquarters. For more detailed information about logistic arranging and equipment get in touch with safari vacations and travel services.

Insularity during the filming of mountain gorillas

It is important to note that a single Rwandan gorilla family is visited by 8 people per day, so those intending to come film the mountain gorillas is expected to join other people on the gorilla trek which inconvenience the filming activities so we highly advise that you purchase all the 8 permits to be sure of insularity.

Filming clients can come with their own filming crew or they can as well contact safari vacations and travel services for the provision of a filming crew which can be availed to you on request as interviews may be required during the filming process.

Safari vacations and travel services will prepare porters on the ground at the park station to carry the filming equipment from the starting point to gorillas and back.

As it is an international rule governing gorilla conservation activities, Rwanda’s volcanoes national park allows tourists to film for an hour and it is not negotiable, so we advise that if you intend to travel to Rwanda for filming, you purchase more than 1 gorilla permit in order to get the best out of the filming experience.

The amount of equipment required during filming is huge and as a result, it is the key to note that while choosing a lodge to stay in it must be big enough with constant electricity power, and flexible staff just in case of change in the activity which might require a change of meal times and other services.

Best time for filming in Rwanda

Filming in Rwanda is done throughout the year. Though the best time for filming in Rwanda is determined by what needs to be filmed, let’s say you want to film gorillas with the mist you may need to travel into Rwanda in the rainy seasons of March-May and September-November and if you want clear light, you will likely come in the sunny and dry seasons usually of June-August and December-February.

Get in touch with safari vacations and travel services for up-to-date and accurate information about Rwanda gorilla filming safaris and all the related logistics.