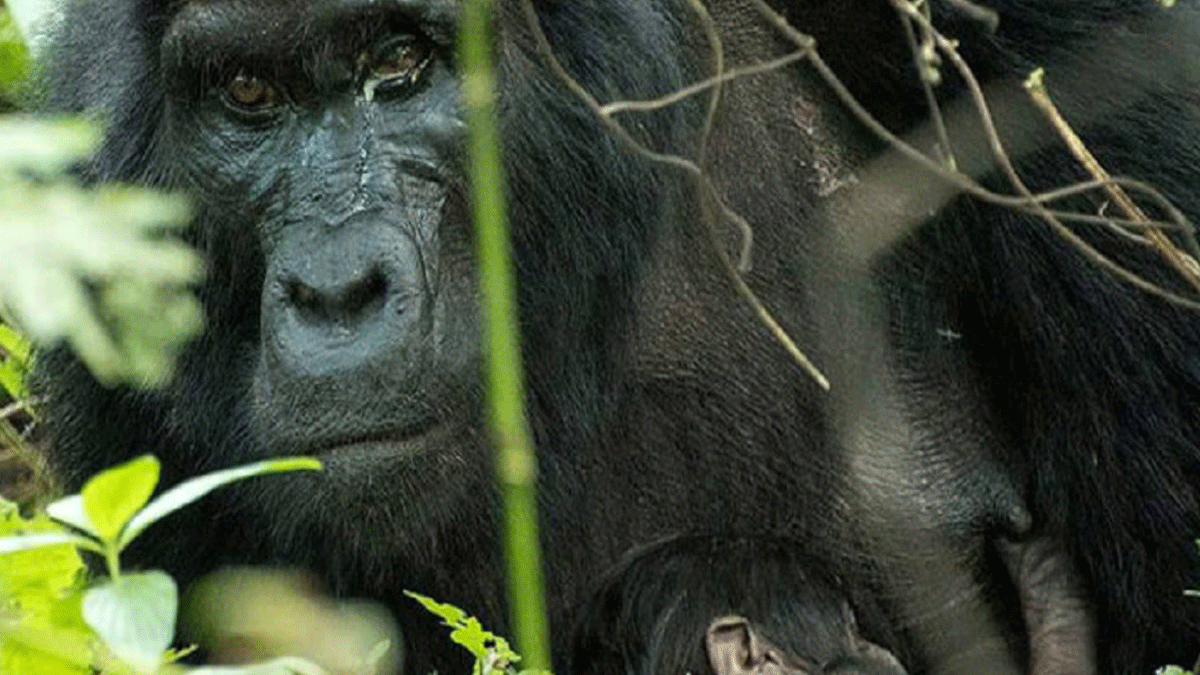 The mountain gorilla population is on the increase with an estimate of more than 1000 in number across the globe but more especially in Uganda’s dense forests which cover half of these endangered Apes, this has been attributed to intensive protection and habituation measures by park authorities in both Uganda, Rwanda and Congo to the extent of increase in capacity being witnessed by a new baby gorilla in Mubare Family.

The string measures have led to success stories like the current news of the newborn baby in the Mubare gorilla family. The birth of a new member is an addition to the family making the group more vibrant and darling to trekkers on the Uganda gorilla safari. The newborn baby was announced by Peter Mwebwe the Uganda Wildlife Warden in Bwindi Impenetrable National Park and the baby has been given birth by the female gorilla Businza. The mother and the baby have been declared to be in good condition.

Note: Gorilla reproduction is slow. The gap between infants is four years and infant mortality is high. In her lifetime a mother will raise between two to six offspring remaining fertile till the end of her life thus the birth of a new baby gorilla in Mubare Family indicates that its BIG news among gorilla enthusiasts.

Yesterday (16th October 17, 2019) will remain a remarkable and one of the happiest days to the family, local tour operators and the entire Uganda Wildlife Authority tourism sector for the new baby born.

Bwindi apparently supports half of the world’s mountain gorillas of over 400 and thus we congratulate the family for adding up to the current number of these endangered species making it more profound to pull many travelers to plan for gorilla safaris to Uganda. Mubare group which is one of the oldest families to be habituated in Bwindi is found in the Buhoma sector with a family size of 8 members which is one of the easiest gorilla families to track being mostly around headquarters.

Bwindi Impenetrable National Park is a home of 11 habituated families, mountain gorilla trekking is the best activity to do along in the trails of this thick montane forest.

Uganda along with Rwanda and Congo are the only countries that are globally known to be gifted with these precious apes.