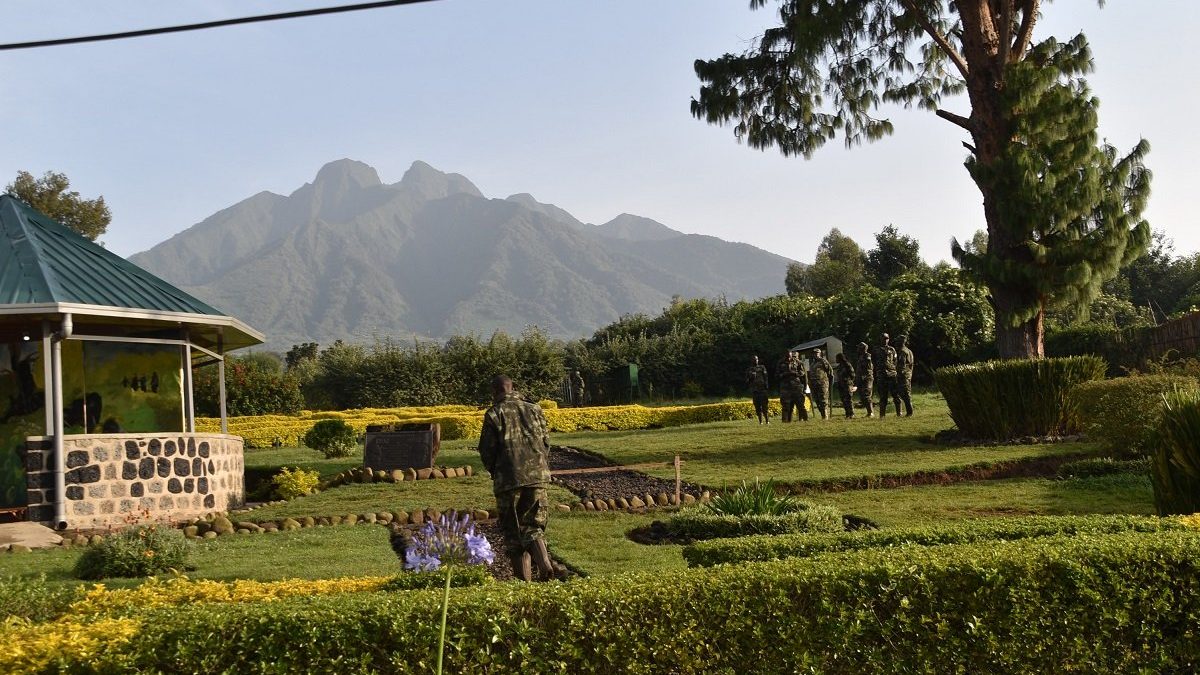 (Also known as Parc National des Volcano) Volcanoes national park covering an area of over 8000km2 encompassing 3 extinct and active volcanoes bordering Uganda, Rwanda and Congo is situated in the northern province of Rwanda (Musanze), along the Virunga conservation area. It was the very first safari Park to be gazetted in Africa and turns out to be the oldest at the moment. Around the year 1930, 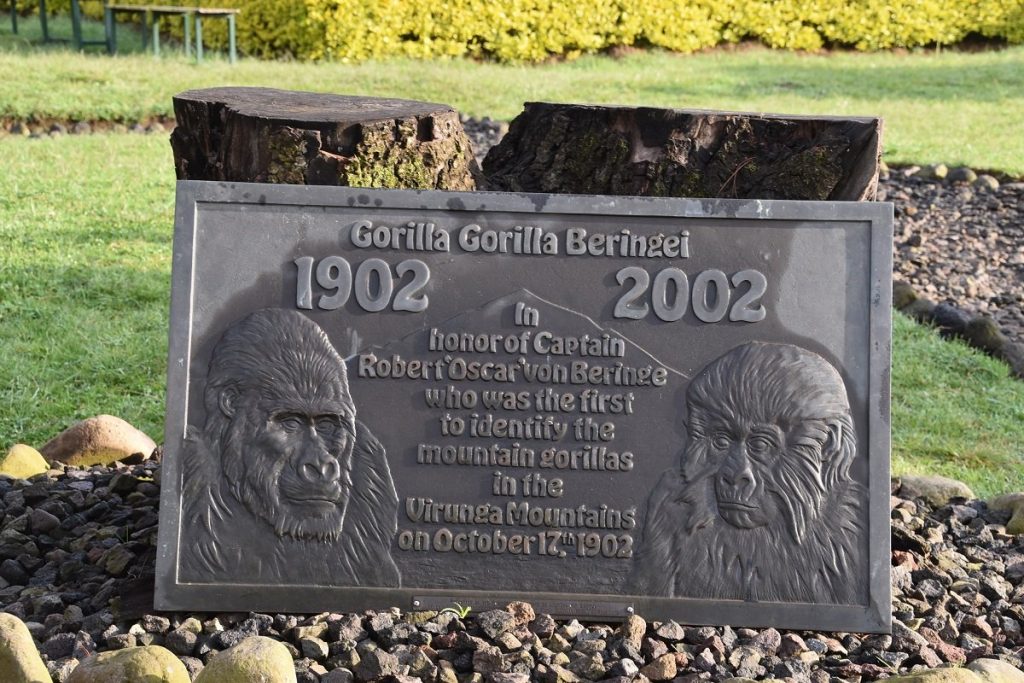 Besides sheltering five of the renowned 8 Volcano Mountains of the Virunga conservation area (Bisoke, Karisimbi, Muhabura, Sabyinyo and Gahinga). Volcanoes national park was the base for the zoologist Dian Fossey decades ago. Fossey carried out her research from Karisoke research center, a research facility she constructed around the year 1968 between the two Volcano Mountains of Visoke and Karisimbi. Dian Fossey was murdered in 1985 by unknown people and got buried in a grave next to digit, her favorite Silverback at Karisoke Research Center. Thankfully the plight of the mountain gorilla became an international issue following the work of the late Dian Fossey.

Various tourism activities are carried out in volcanoes national park with the most popular being gorilla tracking. The rest of the activities include Golden Monkey Trekking, climbing Karisimbi, a visit to the twin lakes of Burera and Ruhondo then visiting Dian Fossey’s tomb at Karisoke Research Center.

Volcanoes national park had been heavily land-mined and then abandoned as refugees fled into the neighboring DRC. When the dust from the conflict settled, many observers were surprised to discover that the gorillas had weathered the violence remarkably well. However, it wasn’t until 1999 that Parc National des Volcans was once again reopened to tourism.

When the country changed one of its official languages from French to English in 2008, the park’s name changed to Volcanoes National Park.

What to Taylor make with gorilla trekking in Rwanda

On the history side of it, one should not miss to visit the Genocide Memorial center commonly referred to as the Genocide Museum. Located in Kigali City, this genocide Museum will give you an insight on the 1994 genocide in Rwanda where many people were killed. You may also visit other museums including the National Museum in Butale and the Kings palace in the same area to get some ideas about the history of Rwanda. Other interesting sites to visit are Nyungwe Forest home for habituated chimpanzees, birds as well as nature and canopy walks. You may also wish to visit Lake Kivu for relaxation and a boat cruise after your gorilla trekking activity in Volcanoes national Park. For Wildlife enthusiast, visiting Akagera national Park for game drive which will also enhance your safari experience while in Rwanda.

Volcanoes National Park has numerous walking trails which is one of the most thrilling activities which lead you to the Musanze market, where visitors can interact with the local people, other nature walk leads you to the beautiful Twin Lakes of Burera and Ruhondo.

Musanze Caves is a trail which leads into the rainforests and the underground caves formed in ancient history by volcanic eruptions. A walk into Musanze caves that have stairs and walkway is an exciting way travelers on tour of Rwanda maximize their adventure into the wilderness. The caves have as well provided a place of refuge for many including the storage of supplies and food by Rwandan Kings during times of war.

Hiking Mt Karisimbi which is a snow-capped Volcano in Rwanda which is located on an elevation of 4,507m is a dormant volcano along the borderline with DR Congo. It is the tallest of the Virunga volcanoes making it 11th highest ground on the Africa continent , Climbing it is a real challenge and often one is pelleted by rain snow and has to deal with ice on the ground

Safari vacations & travel service guides have been trained well to take you through the entire adventure of Rwanda (Volcanoes national park) being well knowledgeable to all the tour places and this gives us the opportunity to help you plan well your safari of uncovering the beauty beneath Rwanda tourism.