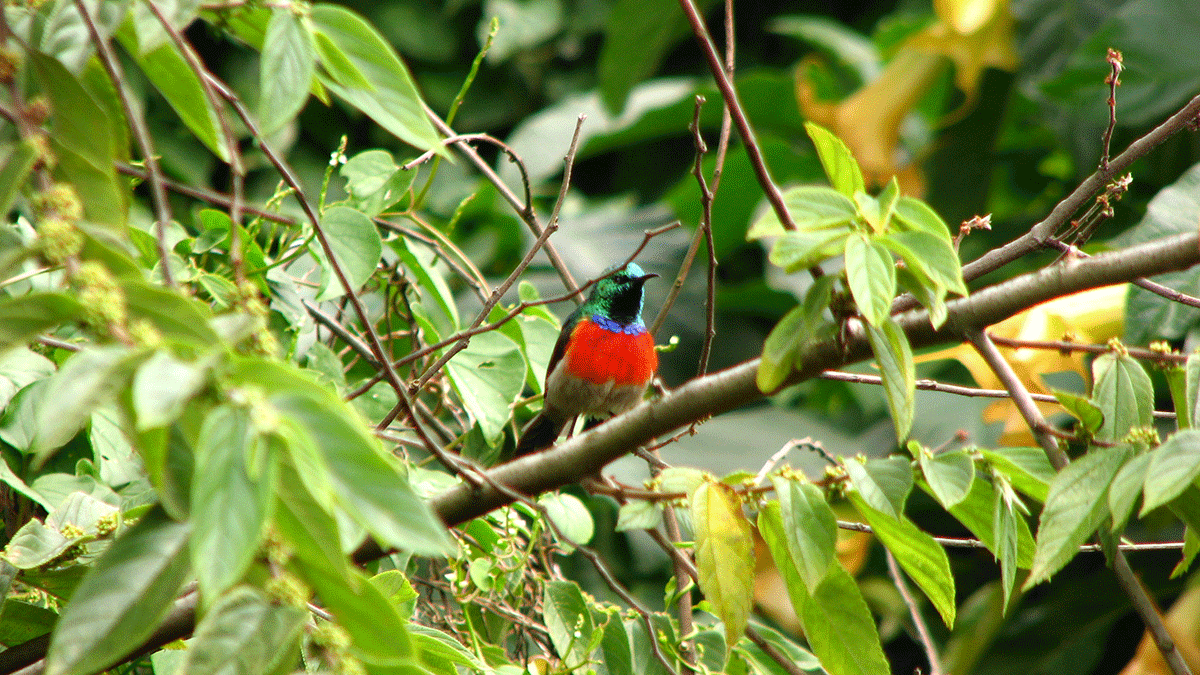 Virunga national parks lies a huge area that covers a lot  of habitats. Located in the north eastern DRC, and is adjacent to semuliki ,mugahingagorolla national parks in Uganda and volcanoes national park in Rwanda as it extends from the Rwenzori range in the south via lake Edward ( that is DRCongo part of which is awhole contained with in the park ) and the chains of volcanoes just north of Goma town to lake kuvu and some of the volcanoes are stil active;

Altitude range between 798m in the lower  plains  and 3470m on the top of the nyiragongo to 5,110m on margherita peak ( mount stanly) africas third highest  mountain in the Rwenzori range .

Rainfall is somerymore  averaging between 500mm on the slopes of the Rwenzori . the variety of atitudes ,soils and rain fall  producing large no of habitats  including  lakes, grasslands,lava, plains marshly delta  and woden savannah peat bogs ,montane rainforest ,bamboo forest , transition  forest and high altitude  areas snow fields and graciers

A remarkable portion of the semulik forest shared with Uganda , happens with in the  park , where it is locally known as the watalinga forest.

Hot springs occur in the Bwindi plain the parkis known to support a greater biological variety that any of the single protected area inAfrica sofar this cause Virunga national park is a home to some Albertine rift endemic such as handsome francolin, Rwenzori double colored  sun bird , yellow billed  barbet , narrow tailed starling ,car bee eater , double toothed barbet  and grey throated barbet  among the many .

Virunga national park has turned into a destination for the several bird species.the endosomealarms, sounds and voices of the vast bird species which arise   from the trees as early as 5: 00am compels visitors to get out of bed since the sounds are so pleasant an persuasive which is un common to hearfrom anywhere else than Virunga national parkCongo has turned into a popularbirding sport  in these recent years  tourists being actively encouraged