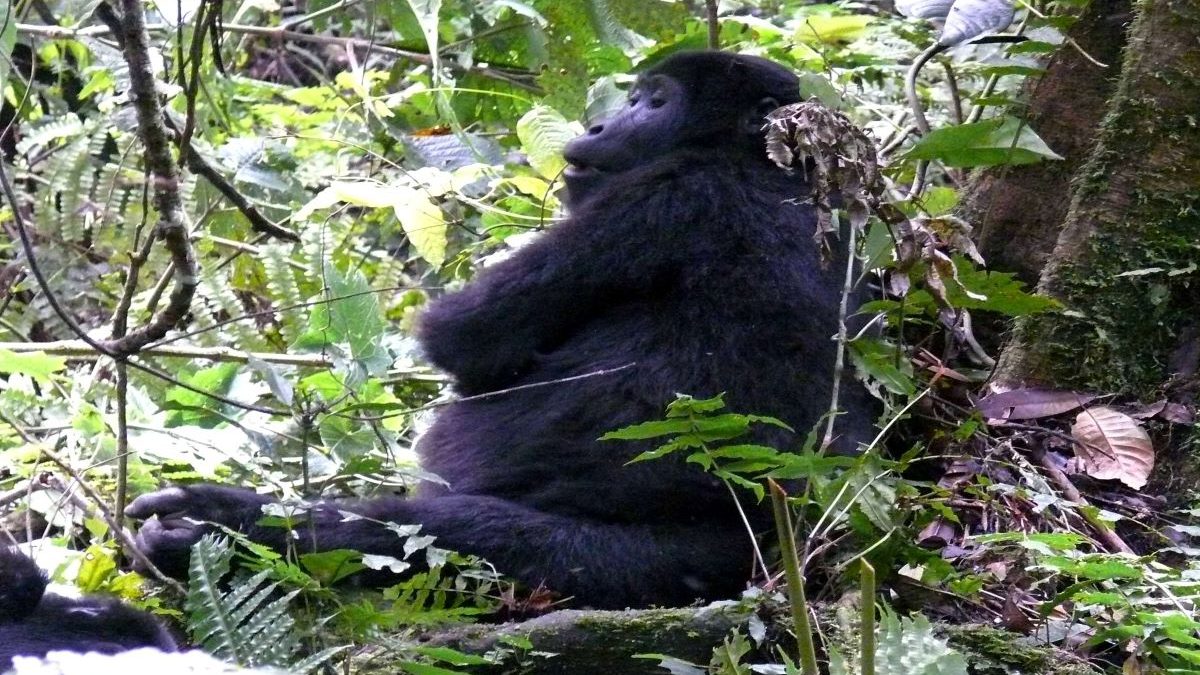 Facts about mountain gorillas found in Uganda, Rwanda and Congo

Mountain gorillas are regarded as endemic world species and listed on the IUCN Red list with the verge of extinction but great thanks to the regulatory agencies that inhabit these primates for the conservative precaution measure undertaken to protect them. These great gentle apes are found in three African countries of Uganda, Rwanda and DR Congo. There so many facts about these great Apes which makes them unique from other primates and whoever is undertaking gorilla trekking experience should be rest assured that chances of meeting these primates are at high percentage (95%) than any other wildlife encounter on the planet.

IUCN classified Mountain gorillas as an Endangered Species. The political insurgencies in the DRC and Rwanda led to an influx of human settlement in the would-be habitats of the gorillas. The Gorillas were hunted and their habitats continuously invaded for charcoal burning, or agriculture. More to that, they are prone to human diseases like colds which they can easily catch only with worse gravity and could even die from a mere cold. This is why it is advisable to not trek them when you have a flu/cold to prevent the spread of such diseases.

Mountain gorillas live in separate families under which a family is led by one alpha male known as silverback gorilla because of the silver stripe they develop on their backs when they mature. They are mandated with the role of protecting the family from foreign threats and harm, maintain order and decide all activities within their troop.

Mountain Gorillas thrive in mountainous areas and forests where they can be able to access their diet since they are vegetarian and their main food depends on Leaves, shoots, wild fruits and flowers are the daily menu for an adult Mountain Gorilla while young ones on the other hand thrive on breast milk up to the age of three before commencing the vegetarian diet like the rest of the family.

Due to their natural brilliance and as well sharing 95% human DNA, mountain gorillas open to visitors for gorilla trekking experience have been habituated for a period of 2-3 years and taught how to relate with humans and once you encounter them be assured of a friendly and less violent experience with them. Ever since gorilla trekking started in the stated premises there has not been any case of gorilla violence to visitors which makes the activity safe for any traveler who would wish to enjoy time with the primates.

Gorillas have stronger attachments to their own family members, and even when the family meets and associates, each member tends to stay with their particular unit, they create fresh nests on the ground every day at sunset using bent branches in a tree or grasses and are constructed by an individual. The young ones sleep with the parent (mother), but after three years of age, they build their nests, initially similar to their mother’s.

Mountain Gorillas are social beings. They travel in groups of 5 to as many as 30 and more so Females have strong long term relationships with males, but not with females, silverbacks never mate for leisure thus their main aim is reproduction. This is proven by the fact that when a female is nursing, no male gorilla makes sexual advances at her.

From the above facts about mountain gorillas be aware that gorillas are one of the gentlest and peaceful creatures you will ever encounter. They live in calm and organized group and rarely attack unless threatened. Even when gorillas are agitated, they will first attempt to communicate their displeasure to an intruder.

The cost of gorilla trekking is $1500 in Rwanda, $600 in Uganda and $400 in the Democratic Republic of Congo. If you are interested in the gorilla habituation experience, you can do this in Bwindi impenetrable forest at a cost of $1500 per person per trek which gives you an opportunity to spend four hours with the primates in the jungle than gorilla trek where you are allocated one hour with the primates. It is from this money collected that is used in conservation of these primates and as well promote the livelihood of people in the neighboring communities around the parks. Therefore participating in this activity will greatly improve directly and indirectly the existence of these gentle Apes.

Safari Vacations & Travel Services Ltd is one of the leading travel agents specialized in organizing gorilla trekking and wildlife safaris in Uganda and Rwanda, with our rating on Trip advisor feel free to contact us for your planned holiday and our travel consultants will be ready to reply to your inquiry.