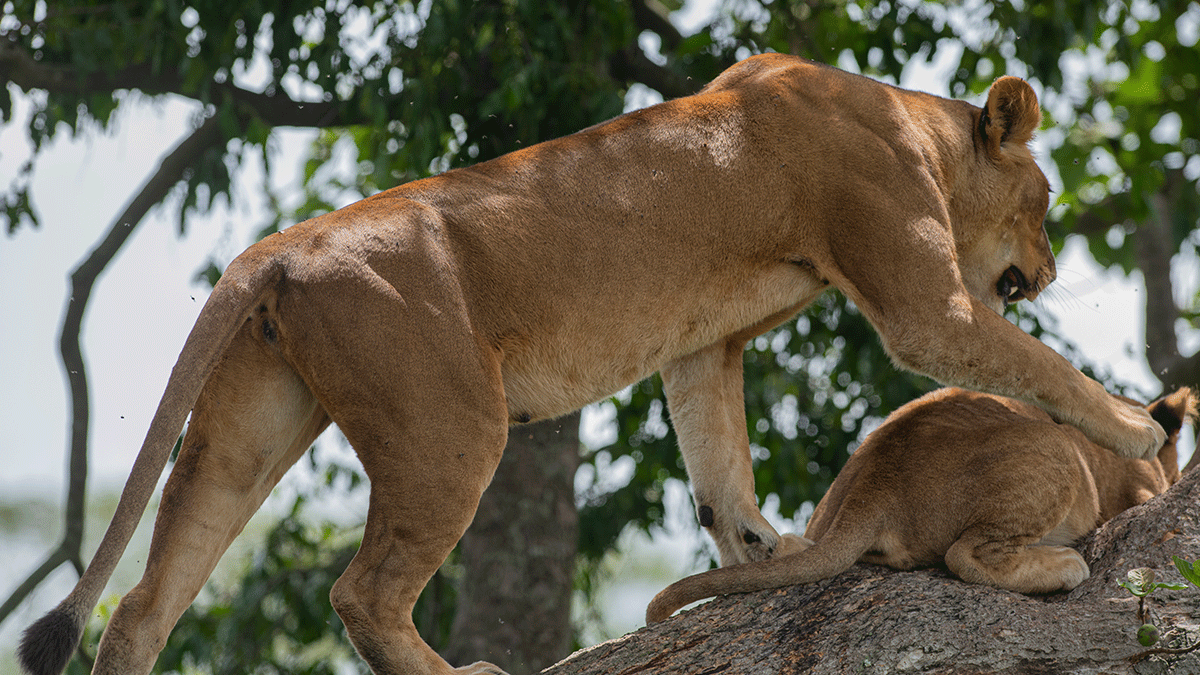 Kigezi Wildlife Reserve is situated within Rukungiri district, western Uganda close to Omuruyenzhe and Maramagambo forest thus making it an ideal place for tourists planning to explore the wonders of Maramagambo forest and Queen Elizabeth National Park during Uganda safaris. It was established into a Game Reserve in 1952 (making it one of the oldest Protected Areas in the country) and currently stretches for over 265 square kilometers (102 square miles).

It is characterized by different habitats that include open grasslands, woodlands and savannah and was established as a buffer zone to the Rwenzori Mountains National Park to the North, also as a sanctuary for the numerous elephants that often move East from the Rwindi Plain within the Democratic Republic of Congo and south from the Queen Elizabeth National Park by the beginning of the rainy season. Therefore, it is undeniable that it acts as a barrier among the Ishasha Sector of Queen Elizabeth National, Maramagambo Forest and heavily occupied areas to the South.

Why do lions climb trees in Kigezi wildlife reserve?

The lions climbing trees is a normal behaviour in all the cats family and the continues behaviour for lions in Queen Elizabeth National Park is an adapted behaviour that was started by one of the pride due to harsh living conditions in the area like the buffalo flies, wet grounds during the rainy season, high elevation while searching for pray is one of the key factors that have led to the continuity of the behaviour.

What are my chances of seeing tree-climbing lions in Kigezi wildlife reserve?

There are notable two feelings of pride sides in the Kigezi wildlife reserve one pride comprising of 6 females and the other one comprising of 2 males and one female that always travel around the reserve, the reserve is often visited while driving to Bwindi Forest or Ishasha the south of Queen Elizabeth national park

So, the chances of seeing the tree lions are 20% compared to 50% in the Ishasha sector of Queen Elizabeth National Park

Where to stay in Kigezi wildlife reserve?

There are no lodges in the game reserve however travellers can stay at the nearby Ishasha sector of Queen Elizabeth national park which is about 13 km to the game reserve and the lodges include Ishasha wilderness camp, Ishasha jungle lodge and the Enjojo lodge.

How much is the Entrance fee to Kigezi wildlife reserve?