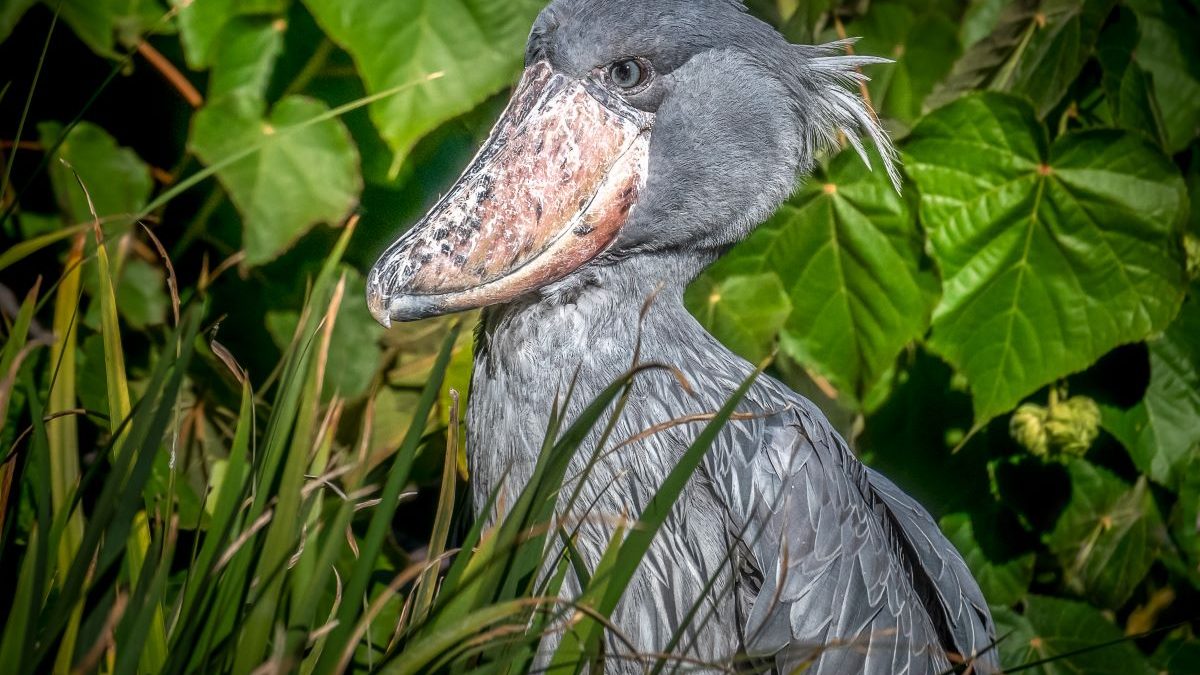 Scientifically called Balaeniceps rex, a shoebill stork is a rare bird that some people call a whale headed beak. According to the IUCN Redlist, shoebill storks are considered as a vulnerable species which indicates that their verge of extinction is high and thus have to be greatly conserved to maintain their existence. The population of shoebills is estimated to be around 5000 in the entire world and in In Uganda, they are estimated to be less than 1000 shoebill birds left.

These magnificent birds can be easily sported on a Ugandan Safari in different areas which include the following Ishasha sector of Queen Elizabeth Park along the Lake Edward Flats, Shoebill stork can also occasionally be spotted in swampy areas of , Lwera and Kyabakuza located on the way to Bwindi impenetrable National park, in Murchison Falls national Park where the Nile merges with Lake Albert, Lake Mburo National Park, Ziwa Rhino Reserve, Lake Kyoga, Semiliki Wildlife reserve, the Mabamba Swamp close to Entebbe, in the Nabajuzi Swamp in Masaka and Uganda Wildlife Education Center-Entebbe (ZOO).

The King Whale-Head is one of the unique birds to spot on your birding safari amidst other Ugandan trending primate safaris which include gorilla trekking, chimpanzee trekking, golden monkey trek and wildlife experiences. This therefore compliments on the above safaris where a number of travelers check in to Uganda to have a close encounter with the endangered shoebill stork.

Therefore shoebill hunt is so rewarding and worth taking on while doing birding in Uganda and as well have a glance at other various types of storks namely Yellow billed stork, Shoe bill stork, Marabou stork, Saddel Billed stork and aquatic life on the swamp

Contact us for a shoebill trip, Gorilla tour, Chimpanzee tour, Game safari and any other experience that you would like to include on your travel list to the Pearl of Africa