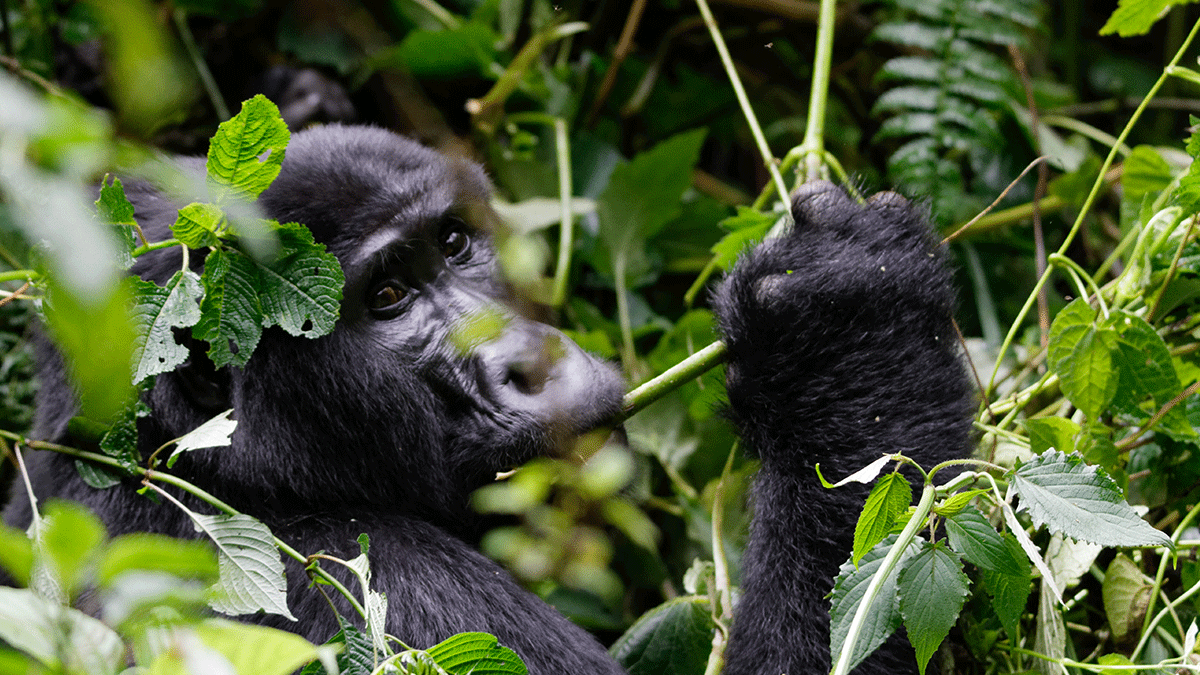 This is located in southwestern Uganda close to the rift valley. It is 321km2 in size and has an altitude of 1,160-2,607m.mugahinga is mist-covered on the hills veiled by one of Uganda’s oldest and most biologically rich rainforests. It counts over 25,000years back and has almost 600 species of plants. it also protects rated 600 mountain gorillas. Estimated more than a half of the world’s population not forgetting various habituated groups that can be tracked.

The region is hugely dominated by high hills and for this cause, the habituated gorilla families have continuously separated to take up different hills in the region.

The region is situated in the southwestern sector of Bwindi impenetrable forest national park, this region has the largest number of habituated gorilla families totaling five(5), the other regions are Buhoma, Ruhijja, and Nkuringo.

Rushaga region offers panoramic views of the beautiful Lake Bunyonyi and the backdrop of the rolling Virunga Massif Volcanoes; these dazzling prospects are incredible disclosing you to the Endangered Mountain Gorillas.

The Gorilla Family Groups In Rushaga Region Are

The Kahungye Gorilla family was opened for touring back in 2011 and in the family, the master is the silverback called Rumansi, after the habituation, Busingye one of them decided to split off to create his own that now stands on its own.

The Mishaya gorilla family was formed when the silverback Mishaya broke off from the Nshongi gorilla to form his own group or family known as, Mishaya who is the head of this family, is well known as a fighter who always fights other families to grab some of their members.

The Nshongi family group was the biggest gorilla family to be habituated in Bwindi with 36members by then when they are habituated.

The name ‘‘Nshongi’’ originated from the river where the group was first seen and the family was open for tourism in early 2009. This family has led the second youngest silverback in the group leading the other three (3), this is something unusual for gorillas. The group split twice to form the Bweza and Mishaya gorilla families respectively.