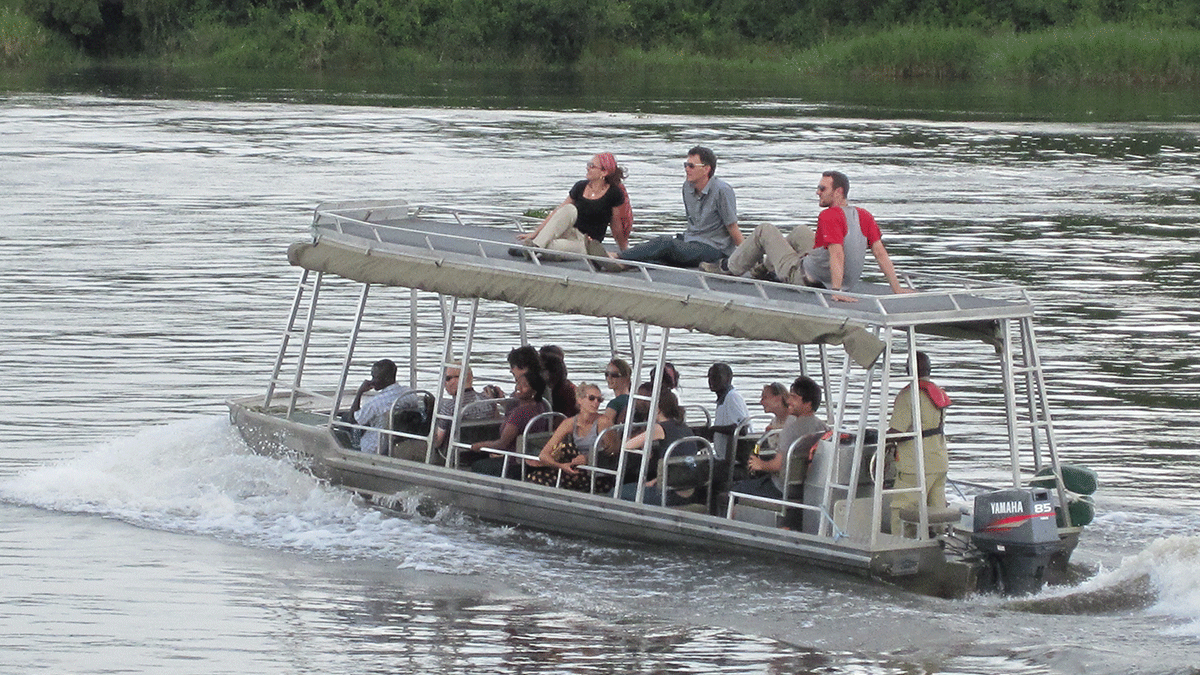 The Victoria Nile below Murchison falls

The Uganda photography safaris are among the best safari escapades which keeps the traveler so busy as one photographs the gigantic crocodiles below the falls in the popular Murchison falls national park that is situated North west of Kampala the capital city.

You can still make Nile crocodile shoot in Uganda if at all you have ample time in Uganda, safari vacations and travel services can assist you get all the necessary clearances and press accreditation in Uganda.

Murchison falls in disjointed by the Nile river which is an immense home to wildlife both on the river and on the open plains of the Nile delta which is a large habitat for the breeding of the Uganda kobo that attracts a lot of predators like lion, hyenas and leopards among others and being on low altitudes, the temperatures can be so harsh and this attracts a large number of elephants that come to cool and drink water.

Perfect sunrise and sunset on the river

Our professional local guides will provide you with on-scene experience as they know the home of the Nile crocodiles having been in field doing this for good years in the National park premises.

Because of our close relationships with the safari lodges around the area, we can get you premier discounts for the long stay photography travelers and for the inquiries and detailed information about the discounts get in touch with Safari vacations and travel services

Apart from crocodiles, the river is large home to beautifully colored birds, elephants, hippos which can sometimes seen swimming across the river from the Northern bank to the Southern bank and it is still the top fishing destination for the popular beast Nile perch.

How long in advance should I book the photograph Safari?

due to the requirements like the private boat services, at least 6 months in advance is the ideal for better arrangements of the Safari for the months of September-May since June-August are the busiest months of the year and may be a year is required.

Best time for photographing the Nile crocodile in Murchison falls

Photographers must consider drier months of the year that is June-August an d December-February which is the best time due too it being the breeding season of the Nile crocodiles.