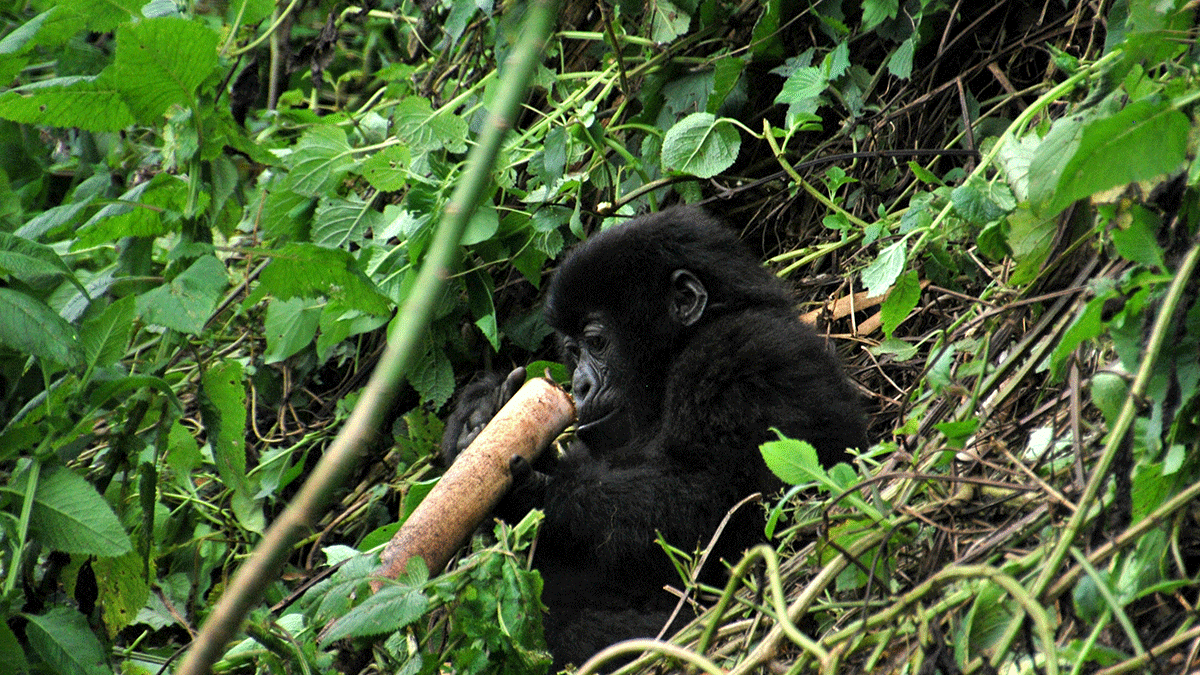 Mountain gorillas Africa – are critically endangered, with an estimate of not more than 800 primates thought to be left in the wild mostly occupying the tropical rain forests of Africa, according to the report issued by Uganda Wildlife Authority in 2015 the number of mountain gorillas mentioned on  the IUCN Red list as an endangered creature and descendants of ancestral monkeys and Apes found in Africa and Arabia particularly in Uganda has increased regardless of their extinction on the globe due to conservation rates in the country where more Gorilla Families are being habituated. 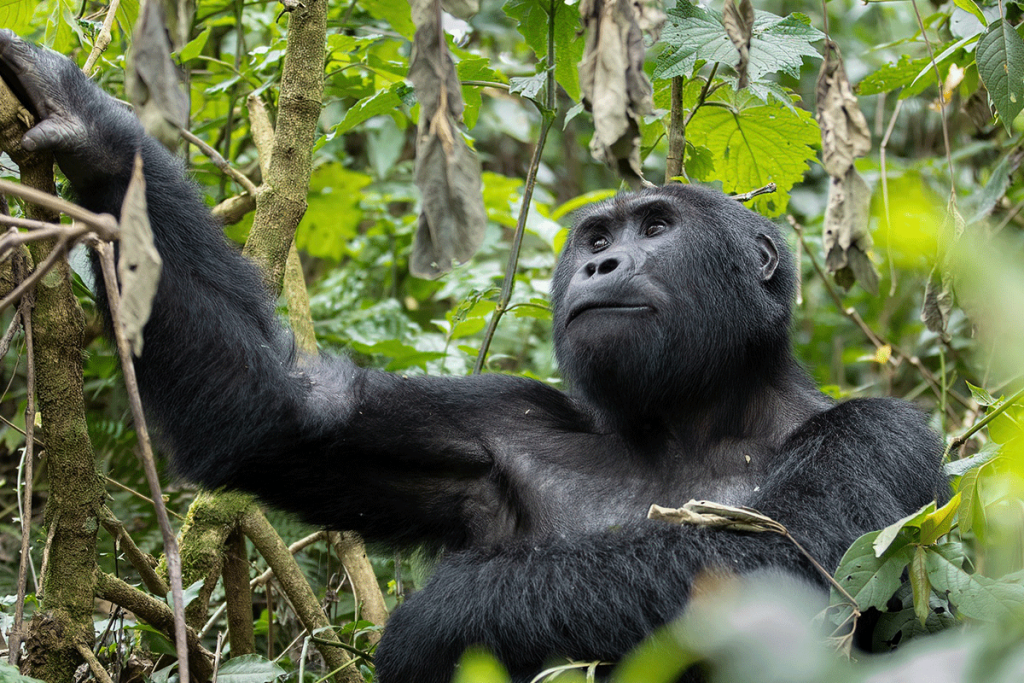 Mountain gorillas have muscular arms, a broad chest, large hands and feet, a black coat and features that resemble those of a human being. They can move on their two feet, on all four of their limbs and can also climb trees and even swing from branches.

Today, mountain gorillas mostly live in national parks in Rwanda, Uganda and the Democratic Republic of Congo. Mountain gorillas live in groups of roughly 30, with dominant, male troop leader called a ‘silver back’ for the silver tint in his coat, a saddle of gray or silver-colored hair develops on their backs with age. The dominant silver back is in charge of coordinating when the troop eats, rests and moves around the group’s home range, and the rest of the group is organized in a complex, evolved social order that points to mountain gorilla’s extraordinary intelligence. Unlike what people imagine, the mountain gorilla is shy and retiring rather than treacherous, it usually seeks no trouble unless harassed but will valiantly defend its family group if threatened

Eastern lowland gorillas which have pronounced bony crests on the very top and back of their skulls with a conical shape of the head, and adult females have similar crests but less pronounced, Males develop crowns of muscle and hair that makes their heads longer. Their arms are also longer than the legs. The eastern lowland gorilla can be found in Democratic Republic of the Congo, central and western Africa in Equatorial Guinea, Angola, Cameroon, the Central African Republic, Congo and Gabon.

It has been scientifically noticed that Mountain gorillas become more active between 6:00am and 6:00pm where by this time is best to trek and regarded as feeding time for the primates since there as well vegans they tend to utilize these hours to eat enough food for the day, they eat on wild fruits, flowers, leaves and shoots however the young ones are fed on breast milk up to the age of three years to begin feeding on vegetables like the rest of its family members.

Book with us and we take you through the worlds most endangered species in Uganda, Rwanda and Congo with best and experienced safari guides with all the requirements.