Karamajong People and their Culture

Karamajong People and their Culture 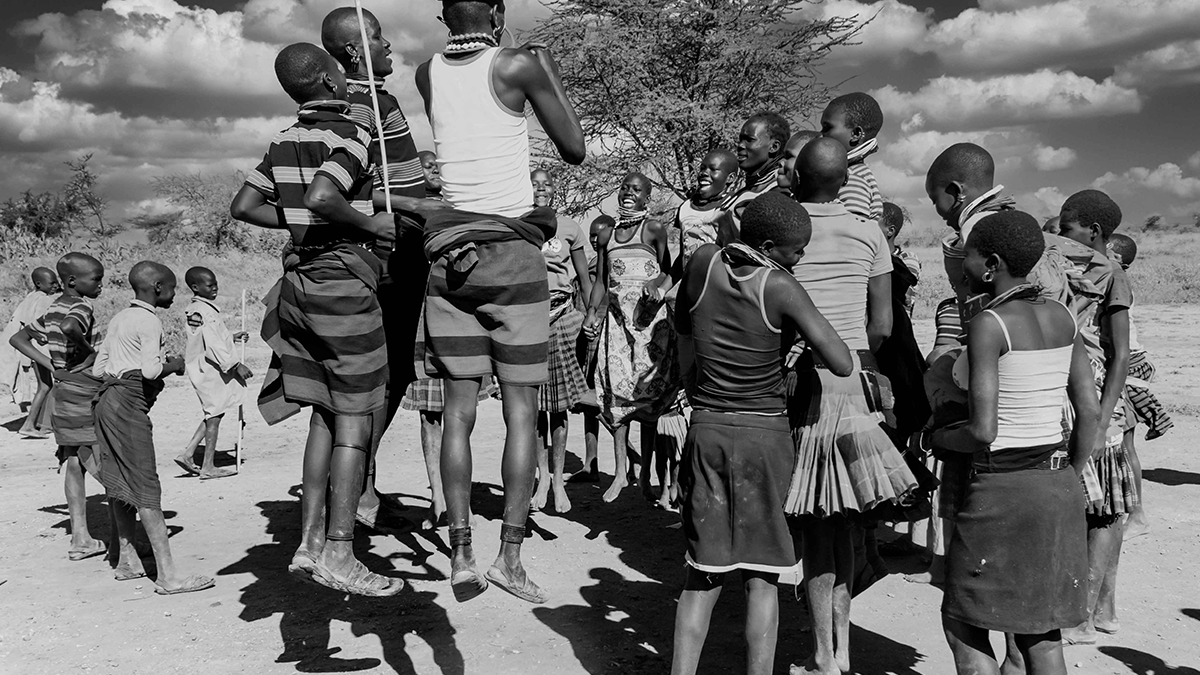 Visit the Karamajong people and their culture

Visit the Karamajong people and their culture in Uganda, the Karamojong live in the remote areas in the north eastern areas of Uganda areas bordering Kenya and South Sudan. According to anthropologists, the Karamajong are part of a group that migrated from present-day Ethiopia around 1600 A.D. and split into two branches, with one branch moving to present day Kenya to form the Kalenjin group and Maasi cluster sharing the same traditions with Karamojong in Uganda.

The Karamojong people are believed to have migrated from Ethiopia in the late 1600 AD. It is believed during their migration they got tired on the way and decided to remain and occupy the Moroto Mountain same areas they live in present day. The Karamojong people mainly speak the Karamajongo as their traditional language. Due to changes and globalization many have since migrated to other areas and adapted to new ways of life in other different parts of the country in Uganda and abroad.

Culture and tradition of the Karamajong.

The Karamojong lifestyle is mainly cattle keeping which is one of the strong cultural believe of these people, Crop cultivation is a secondary activity, undertaken only in areas where it is practicable and have a bit of fertile soils to help in crop production. The cattle are mainly kept for milk and blood which is their main consumption for food. Due to the arid type of climate of the region, the Karamojong have always run short pastoral transhumance for about 3-4 months in a year, due to the shortage of the pastures, they are forced to move their livestock to the neighboring districts in search of water and pasture for their animals. They Karamojong life mainly depends on water and pastures which as forced them to move in to different places and later get to interact with other ethnic groups whereby, even some of them have migrated to settle in other places of the country.

Conflicts of the Karamajong.

For many years the Karamojong have involved in cattle raiding with neighboring communities and countries that is Kenya and South Sudan which has resulted in deaths of many and destruction of property. However the government of Uganda has as well intervened and for the last decade there is stability in this area.

A visit to Karamajong Village.

A Karamojong village is also known as “Manyatta” or “Ere” meaning an enclosed residential area. The Manyattas are surrounded by sharp thorns and with small entry points for people and a larger entry point for cattle. One Manyatta has multiple families and a communal space for cattle. The Karamojong reside in the largely permanent Manyattas during the wet season and during the dry season as they migrate closer to water sources, woman and children remain in the Manyattas to prepare of Agriculture production. Visiting the Manyatta is one of the great experiences in Uganda giving you an opportunity to dance with the Karamojong and learn more about their culture.

How to get to Karamoja region to visit the Karamajong people.

A road trip to Kidepo Valley National Park will also give you an opportunity to visit the Karamojong people. The Quickest and Most popular route to Karamoja runs from Kampala to Gulu then to Kitgum. Chartered and Scheduled flights to Kidepo airstrip and Moroto from Kajjansi and Entebbe Airport are also available for those interested in flying. Contact us here for more details on how to get there.

Why book your visit to the Karamajong People with Safari Vacations and Travel Services.

At Safari Vacations and Travel Services we are well set to host tourists with various SOPs put in place in-line with WHO for the safety and health of our clients, we ready to organize your safari following precautions set to prevent the spread of COVID 19 and ensure you do your safari safely and successfully. Safari Travel Services and its team bring you closer than ever to the wonders Uganda and Rwanda have to offer.