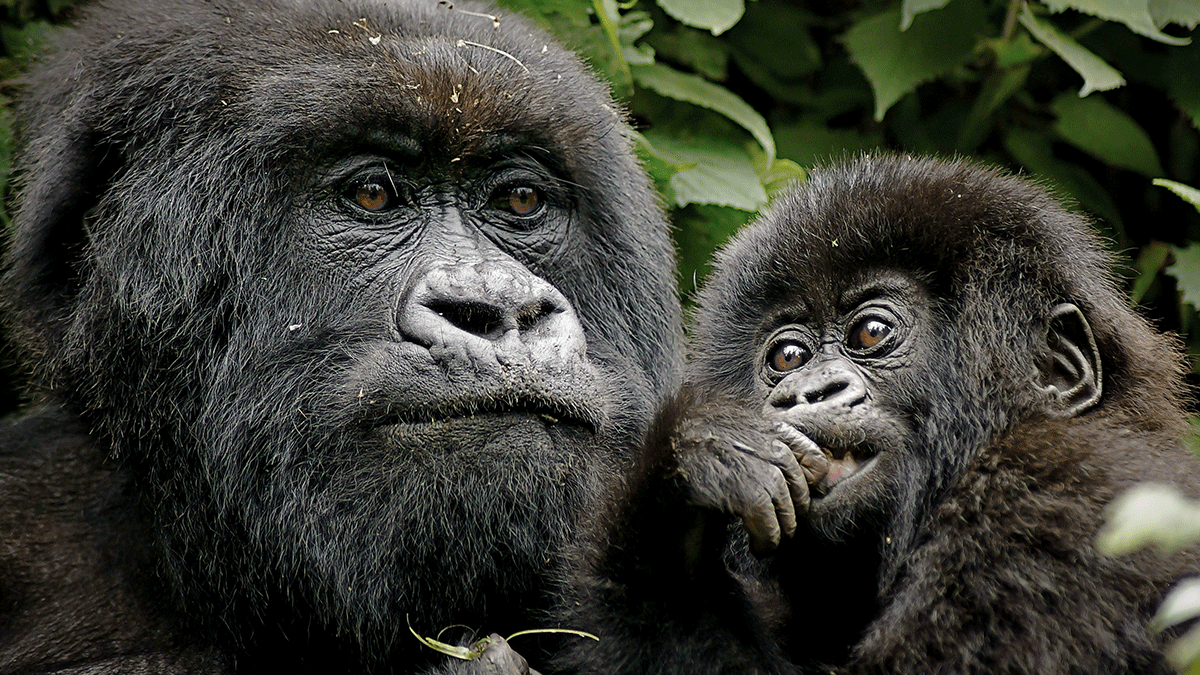 Mutukula is a border town shared by Uganda and Tanzania. It sits adjacent to Mutukula, Tanzania, directly across the international border between Uganda and Tanzania. It is located in Kyotera district approximately 81kms by road southwest of Masaka, the largest city in the region. Mutukula border is also located approximately 211kms by road southwest of Kampala, The capital and largest city of Uganda. It is also 698kms from Kilimanjaro Tanzania.

Bwindi Impenetrable National Park lies in southwestern Uganda at the edge of the rift valley. Its mist-covered hillsides are blanketed by one of Uganda’s oldest and most biologically diverse rain forests, which dates back over25000 years and contains almost 400species of plants. More famously this forest protects an estimated more than 450 mountain gorillas, roughly half of the world’s population. This forest is also home to 120 mammals including several primates such as baboons and chimpanzees well as elephants and antelopes. There are 360 species of birds in the forest of which 23 are Albertine rift endemics

Gorilla tracking is the highlight of all the activities in the park.  This park was gazetteer in 1991 and declared a UNESCO world heritage site in 1994. Gorilla tracking started in 1993 in the Buhoma sector in the northern sector of the park. This park has now over 18 habituated gorilla families ready for tracking every day. These gorillas are scattered across the park in different sectors. The park has four sectors namely; Buhoma sector in the north Ruhija in the east Rushaga and Nkuringo in the south. Each gorilla family is supposed to be visited by a maximum of 8 people per day.

The park has six main nature trails in the Buhoma sector for those interested in exploring the impenetrable forest, including waterfall walks, forest walks, and primate encounters. some of the trails include;

Rushura Hill walks: This walk passes through the one forest shared by two countries that is DRC and Uganda. On a clear day, you can view lakes Edward and George as well as the Rwenzori mountains.

The Ivi River Walk: This is a 14km walk and takes around seven hours. The trail passes a place called Mukempunu meaning place of pigs where wild pigs can always be found.

Buhoma-Nkuringo Trail: This trail takes three-four hours and crosses right through the park, connecting the two villages and offering impressive views of the misty hillsides as you ascend the hills towards Nkuringo. You can leave the luggage with the driver will meet you on the other side.

Muzubijiro loop: This is a 6km walk around a hill, where you will encounter primates and birds and enjoy the view of the Virunga mountains.

Mgahinga National Park lies at the end of southwestern Uganda on the border with Rwanda and Congo. It is part of the Virunga massif. The park has a size of 33.7 km squared, making it the smallest national park in Uganda. this park gets from   Gahinga the local word of the piles of volcanic stones cleared from farmland at the foot of the volcanoes. The park wasted in established 1991, it is home to one gorilla family and also home to the endangered golden monkeys, birds, and mammals such as buffalos and elephants.

Gorilla tracking: This is the main activity done in this park, it has 1 habituated gorilla family called Nyakagezi with nine members, 4 silverbacks 2 females, 2 sub-adults, and 1 juvenile. Silverback Mark took over leadership from his aging father Bugingo.

Mountain Hiking: Mountain hiking is another adventure in Mgahinga national park, the park has three dormant volcanoes namely; Mount Muhavura(4127m), Mount Gahinga(3,474m), and mount Sabyinyo(3,645m). all this hike is a one-day hiking activity.

Batwa experience: The Batwa are the original inhabitants of the forest. They lived in this forest before it was made a national park in 1991. Visit the Batwa and learn about their culture and how they lived in the forest.

Why Track Mountain Gorillas in Uganda, not Rwanda?

Why cross from the Mutukula border not Entebbe international airport from Tanzania?

If you are in northwestern Tanzania, it is a bit closer to cross through the Mutukula border compared to Entebbe international airport. This is because Mutukula is in the same direction as you are going to southwestern Uganda and you will save about 4 hours of driving from Entebbe to Masaka which is the largest town that connects Mutukula border from Kampala. You will even dodge the traffic jam in Kampala city and Entebbe town.

The best time to track mountain gorillas is during the dry season in the months of June-September and December-February, however gorilla tracking takes place every day throughout the year only that during the wet season in the months of March-May, and October- November the roads and trails in the forest become slippery and even the vegetation grows taller which makes mountain gorilla viewing difficult.