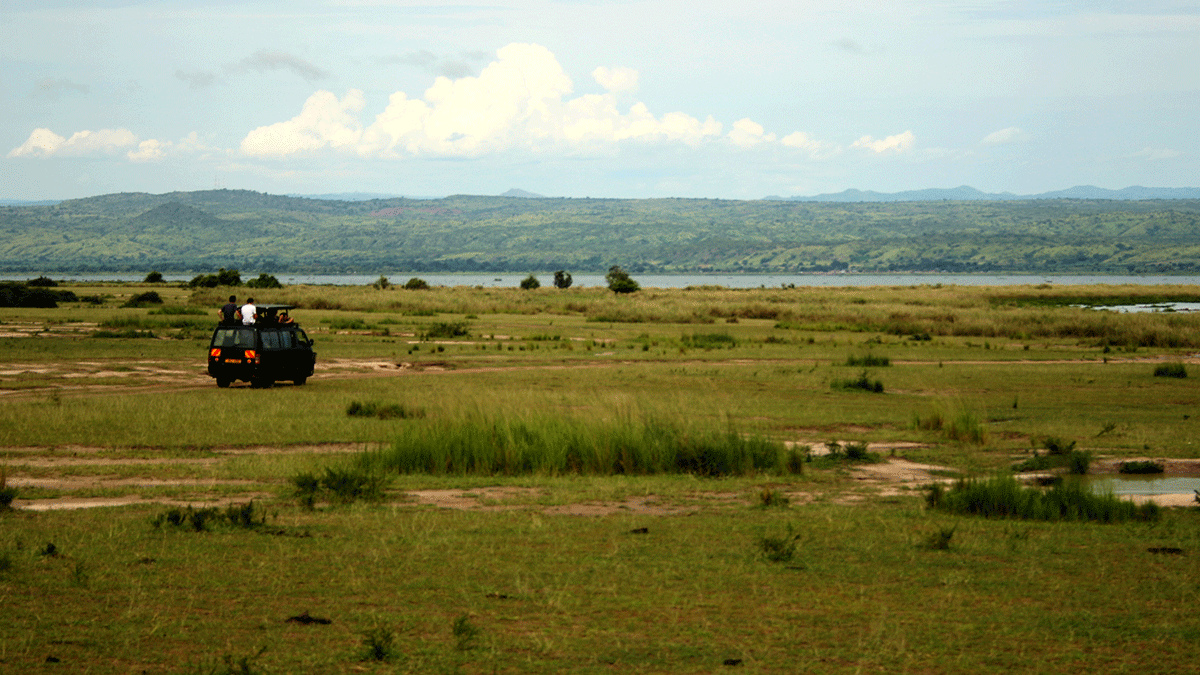 Where to do game viewing in Uganda

Game Viewing in Uganda highlights the best way of meeting wildlife animals which is conducted in either morning and evening game drive and as well done either in closed vehicles mostly in the National Parks of Queen Elizabeth National Park which is the most famous, in open safari vehicles in the Private Game reserves and both day and night game viewing is available in these private reserves. Tracking game on foot is also an option available in some parks and reserves.

What are the places where to do game viewing in Uganda?

Queen Elizabeth National Park is a magical place one of the world’s greatest game reserves and Uganda’s second best game viewing destination, here wildlife thrives in the savannah grassland in the park where game drives through kasenyi plains and the Mweya Peninsular offer you great views of numerous wild animals grazing, hunting, and relaxing like  Buffalos, Hippos, Elephants, Uganda kobs, Waterbucks, warthogs, and Impalas among others.

The park is home to the legendary ‘Big 5’ making a total of 77species of mammals. If you’re a bird enthusiast you won’t be disappointed, there are over 600 bird species, as well take a boat cruise on the Kazinga Channel to spot hippo and crocodile.  Just bring your camera and an adventurous spirit for a trip of a lifetime!

South of this adventurous park lies the Ishasa sector which is a home for the tree climbing lions? Nothing can compare to the breath-taking thrill of seeing a lion for the first time walking through the African bush or up a tree or being up close, you will get good view of lions relaxing in the big fig trees spotting their prey on the ground.

Murchison Falls National Park is located at the northern end of the Albertine Rift Valley, It is apparently Uganda’s largest and oldest conservation area hosting about 76 mammal species and 451 species of birdlife. The unique and memorable experience of viewing wildlife in this park is done through different trail which take you to the northern part of the park where lies the largest concentration of wildlife, you will encounter different species like, African elephants, Rothschild giraffes and cape buffaloes, lions, hippopotamuses, crocodiles and aquatic birds are permanent locals. You can as well tailor make your tour with chimpanzee trekking in Budongo forest, nature walk, boat cruise to the bottom of the falls among other activities to spice up you game viewing safari to Uganda.

The Ziwa Rhino and Wildlife Sanctuary harbors Uganda’s only wildlife rhinos which can be accessed on your way to Murchison falls national park, a stopover to the sanctuary offers you an opportunity to see one of the big five animals which is rare in some national parks in the country.

Situated in northern part of Uganda, Kidepo valley national park is a true definition of Africa wildness since it ranks among Africa’s finest wildernesses where you get to see migration of animals from one location to another in the vast savannah land. The park offers you an exceptional game viewing experience from other parks in the country. The Narus valley is the best spot for game viewing in the park which can be accessed on a morning, evening and night game drive where you can either catch animals going for grazing, relaxing  or predators still dining on last night’s kill.  Expect to see animals like;  large herds of cheetahs, Lions, Elephant, Giraffe, Buffalo, Zebra, Cheetah, Hyena, Wild Dog, Bush Pig, Warthog, Reedbuck, Dik Dik, Eland, Jackson’s Hartebeest,  big herds of Buffalo.

Once you book your memorable game viewing safari to Kidepo valley national park you will enjoy the magical African sunrise as well as the African sunset after wildlife experience.

The park is one of the smallest national parks in the country found in western part but with close proximity from Entebbe international airport and Kampala city. Regardless of its coverage, the park is a good spot for game viewing where you can encounter several animals with a population of 70 animals which can be found in the open grassland of the park like, buffalo’s, hyena, topi, zebras, impalas, elands among others with close encounter to over 350 species of birdlife in the park, the park offers a unique and exceptional experience of enjoying game viewing on horseback riding, You will set out into the jungle on horseback to see the wild animals along with your guide and get close encounter to the animals given the fact that the park is free without predators like lions and elephants which may hamper your movements. More so guided night game drives can expose you to leopards from their hideouts making your experience more memorable.  An additional boat cruise to your visit to this park will as well expose you to other activities like spot fishing and animals like crocodiles, hippos among others.

Experience an educational behind the scenes look at animal conservation when you visit the world-renowned Uganda Wildlife Education Centre. The zoo acts as both an educational and leisure center and host several animal including chimpanzee, Lions, reptiles and birds. You as The experts explain rehabilitation techniques used on a variety of birds and animals. The education center offers care for animals and birds before releasing them back into the wild to enjoy their natural taste of wildlife.