BUHOMA SECTOR IN BWINDI IMPENETRABLE NATIONAL PARK
There different families in Buhoma sector in Bwindi Impenetrable Forest National Park each with its distinctive family with a historical back ground. Like human beings gorillas have their own lineage upon which leadership descend with time and movements depending on time and age as one Ape grows with in the family and finally reaches time to make its own family and be independent from its original family. 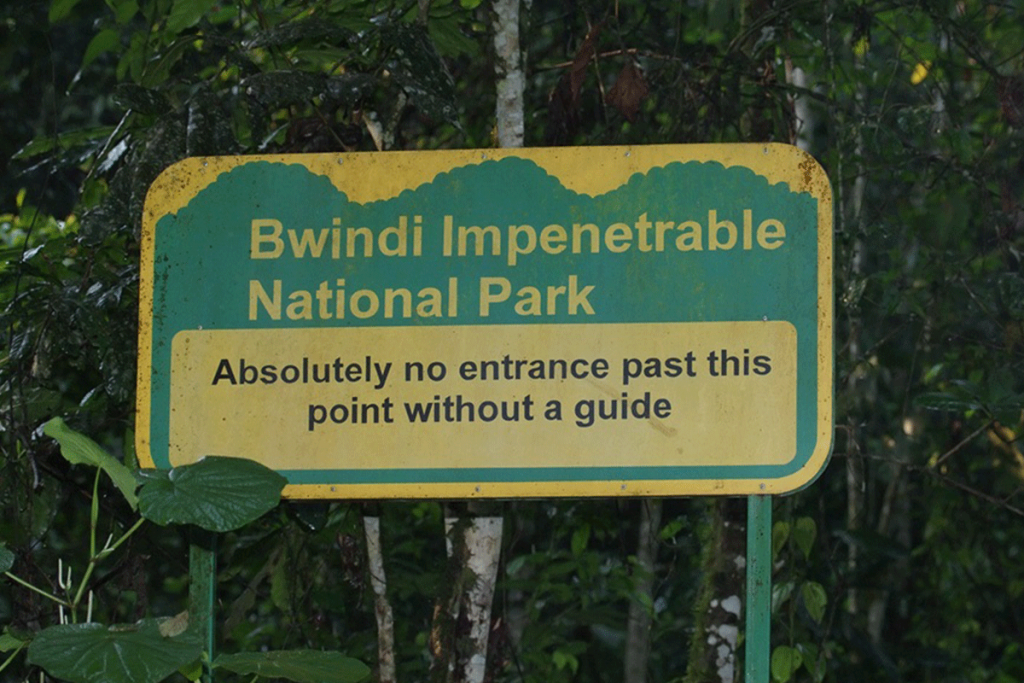 MUBARE GORILLA FAMILY (4 Family members)
Mubare is the first gorilla family to be habituated in Bwindi impenetrable forest national park by 1998 in Buhoma sector and currently has 4 family members. Mubare was under the leadership of Ruhondeza the supreme silverback heading the family and had expanded the family from 12 by inception and grew to 18 however in 2009 the family lost 3 of its family members including the oldest female gorilla in the family who left a young infant of about six months whom Ruhondeza was to take care of and groom but fortunately was as well later on was found dead which since she was not been weaned.
The family continued to lose members and getting displaced by the arrogance of the leader since he was jealousy and dint groom a successor, later on as he grew old he started to receive resistance from other silverback gorilla’s fighting for territory which led him to move out of the family to the neighboring community. Ruhondeza was later weakened by another black buck as he continued to lose his family members to different families until 2013 when he died as was laid to rest near the Uganda Wildlife headquarters in Buhoma sector, making the end of his life In the jungle, he’s remarkable time will always be remembered and you can as well request to be shown where the great gorilla of all ages was laid to rest once at the headquarters from the guides.
KATWE GORILLA FAMILY (9 Family members)
This is one of the new gorilla families located in the northern part of Buhoma sector, it’s an added gorilla trekking group in the northern hemisphere comprising of one dominant silver back (katwe) with 3 black backs, 4 adult females and 2infants though the number is still not certain as the movement of gorillas in and out is frequent.
From sources, Uganda wildlife Authority published it clearly that it had taken 3 years for the group to be habituated and thus apparently declared free for habituation and thus tourists can book to trek from the group at any date. You can only do this by booking one of our special four hour gorilla habituation experience safaris to Bwindi to spend four hours with mountain gorillas still under habituation.

HABIYANJA GORILLA GROUP (18 Family members)
This is among the oldest habituated groups in Buhoma sector dated as far as 1999 with its name originated from “Nyanja” meaning a pool of water and was named after being first sighted along the Forest Rivers, it’s one of the fascinating groups with a lot of power struggles composed of 18 family members. The family is headed by Kisho.
From inception the leader of the group was Mugurusi meaning “old man” with grandsons; Mwirima “darkness” named due to the fact that he used to keep on hiding in dark corners of the forest and Rwansigazi meaning “youthful boy” and Makara “charcoal” who led the group with a total number of 30 family members.
After the death of the supreme leader silverback Mwirima due to old age power was left in the hands of the two sons who had different motives as Mwirima loved being close to the family and Rwansigazi loved traveling, this created power struggle within the family and by 2002 the group separated and there no incidents of violence that had been reported as a result of separation. Mwirima retained the former name of the family since he portrayed characteristics of his father and Rwansigazi created a different family which was named Rushegura.

Rushegura Gorilla Family (16 Family Members)
Rushegura gorilla family is another group in Buhoma sector which was habituated in 2000 and later opened to tourists in 2002, it’s a group that originated from Habiyanja family due to divisions in the family. The family was led by the dominant silver back called Mwirima and Karungyi the adult female silver back.
The family attained is name after separation from its mother family Habiyanya led by Rwansigazi who retained the family and Mwirima led the beginning of a new group “ Rushegura”. Currently the family has 16 family members and led by Kabukojo, this is the mostly sited around lodges in Buhoma and mostly friendly to visitors however demonstration of anger may prevail if the family is threatened.

Visit Buhoma sector as you trek any of the mentioned gorilla family of your choice upon booking with Safari Vacations & Travel Services with 100% chances of meeting the gentle Apes on your  gorilla trek in their natural habitat in the jungle for this once in a lifetime experience.